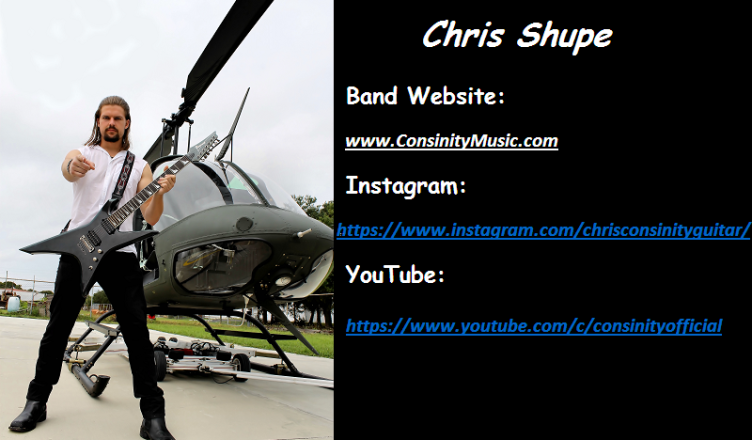 My name is Chris Shupe. I’m the guitarist and backup singer of the popular American rock band Consinity. I’ve been playing guitar since I was thirteen years old, and I love music more than anything else. Consinity has gotten some additional exposure through my work as a professional model and actor in several films. I like to post pictures on Instagram (@chrisconsinityguitar), and I’ve gotten a pretty big following there. I like modeling and acting, but music is my real passion.

Consinity has been around since 2011, but we just got popular recently due in large part to exposure of our music video for the song Piece of

Me, which includes some graphic violence that has created controversy. We warn viewers of the content, but we don’t believe in limiting our freedom of expression just because some people might be offended. Our latest single, a rock cover of the pop song Habits by Tove Lo, has also been a big hit. We are currently working on a second album and plan to start touring again in Spring of 2017.